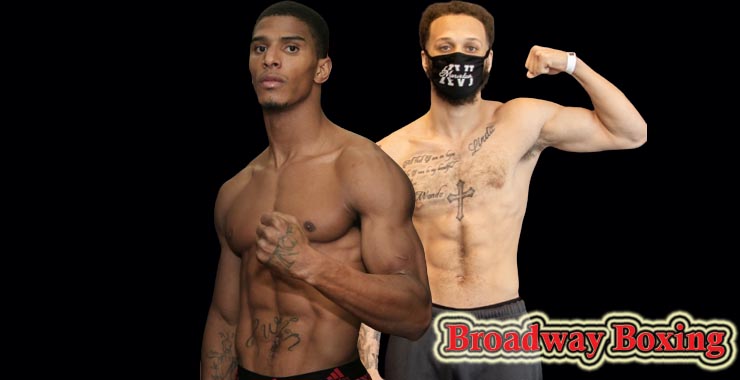 International Boxing Hall-of-Famer Lou DiBella will be honouring the 117th edition of the longest-running grassroots boxing series, Broadway Boxing on Tuesday, November 22 inside the Ballroom in Times Square, New York City. The boxing series was officially kickstarted back in 2003 and has hosted the generational talents on the podium which includes the likes of  George Kambosos Jr., Bakhodir Jalolov, Vitali Klitschko, Gennady Golovkin, Sergio Martinez, Jose Pedraza, Amanda Serrano, Heather Hardy, Andre Berto, and Paulie Malignaggi. All these went on to make a big name for themselves in their career later on.

Now DiBella Entertainment has stepped up to continue the same trend as it brings you one of the most exciting fight cards at the close of this year. In the main event of the evening, the emerging junior welterweight contender “Marvelous” Mykquan Williams (18-0-1, 8 KOs) will go head to head with Clarence Booth (21-5, 13 KOs) in a scheduled 10-round bout. The Connecticut native, Williams has notched up two victories so far in 2022 and will go one step further when he faces Booth in Broadway’s Headliner. He also carries a vast experience of fighting at Broadway as he has made 13 appearances at the same promotion.

The co-main event will feature a top undefeated American heavyweight prospect, Stephan “Big Shot” Shaw (17-0, 13 KOs), co-promoted by DiBella Entertainment and Top Rank, against Rydell Booker (26-6-1, 13 KOs). Shaw knows the significance of this platform as the win here could land him a big fight against one of the top contenders next. Broadway Boxing series is all about providing opportunities for new sensations before they can shoot off to the stars. Here is all you need to know about this thrilling Broadway boxing PPV featuring Williams vs Booth in the main event.

DiBella Entertainment has collaborated with FITE to stream the whole event worldwide. The Broadway Boxing Live event will be available for just $19.99. The audience will be able to hear celebrity chef and boxing enthusiast Chris Santos along with New York Yankees reporter Justin Shackil and Dan Canobbio, of Jomboy Media on OolaTV ($9.99) as well.

The 117th edition of the longest-running grassroots boxing series will be live from the famous  Edison Ballroom in Times Square, New York City on Tuesday, November 22. The doors in the arena will open at 06:00 PM ET with the first bout scheduled at 07:00 PM respectively.

What is Said about the Event:

Lou DiBella, President of DiBella Entertainment shared his views regarding the upcoming event and what motivates him to carry this trend.

“As we approach the 20th anniversary of Broadway Boxing, I am thrilled to offer this stacked card on FITE. What started out as a local club show for the New York metropolitan area has grown into an international brand. Branching outside of the United States, we’ve broadcast events from locales such as Germany, Monte Carlo, Canada, and Costa Rica,” said Lou DiBella

Chris Santos also expressed his excitement as being named as the co-commentator.

“Broadway Boxing is back, and I’m so excited to be part of it, doing ringside commentary for DiBella Entertainment at the Edison Ballroom,” said Santos, Co-Founder and Executive Chef of Beauty & Essex.