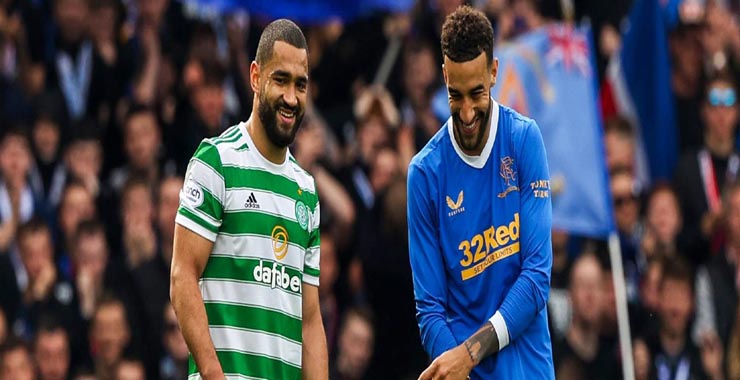 The new year has begun, and it’s time for a game many soccer fans worldwide have been waiting for, especially Scottish fans. Yes, you guessed it right, it’s time for Rangers vs. Celtic, the Old firm Derby.

Both teams have met each other 42 times, and the Celtic are way ahead in head-to-head games. Of the previous 42 games, Celtic won 22, Rangers won 13, and seven matches ended as a draw. However, in games like these, the record doesn’t count much as every fixture brings new excitement, and no team starts at its favorite despite its current form.

Talking about Rangers first, they currently sit second at the Scottish Premiership table with 45 points in 19 games, winning 14, drawing 3, and losing 2. They’re 17 points ahead of third-ranked Hearts but nine points behind Celtic, their top-of-the-table opponent.

Ahead of this game, Michael Beale has a lot of injury concerns. Tom Lawrence and Ianis Hagi are out due to knee injuries, Filip Helander won’t be available due to a foot injury, John Souttar due to an ankle injury, Kemar Roofe due to Calf Injury, Nnamdi Ofoborh due to a Heart problem, Ridvan Yilmaz due to Hamstring Injury, while Steven Davis won’t be able to feature in this high-voltage fixture due to Cruciate Ligament Injury.

With four wins in four games, new Rangers boss Michael Beale made an early impression but hasn’t been very happy with his side’s performance so far and would like to see his side secure all three points against Celtic. He talked about managing in the derby for the first time :

“I am looking forward to it. It is the derby of all derbies, I think. It is watched worldwide. It is a privilege to be involved in it.”

On the other hand, Celtic are enjoying their excellent run of form as they currently sit at the top of the table with 54 points in 19 games, winning 18 and losing just one game, with the only loss coming against St Mirren Football Club (0-2). They’re nine points ahead of second-ranked Rangers, their today’s game’s opponent. With that said, they can secure the title today if they manage to get all three points.

Ahead of this game, Ange Postecoglou will also be without a few of his players in this cracking game. James McCarthy is out due to a Hamstring injury, Sead Haksabanovic is out due to a foot injury, and Stephen Welsh picked up a knock. At the same time, Anthony Ralston won’t be able to participate due to a Back injury.

Celtic won their previous game against Rangers in this Premiership season and would like to make it two out of two. They rank first in goals scored per match (3.2 goals) and have kept the cleanest sheets (8) in this premiership season, along with their opponent, Rangers. Once again, they’ll look at Kyogo Furuhashi, the leading goal-scorer in Scottish Premiership with 14 goals.