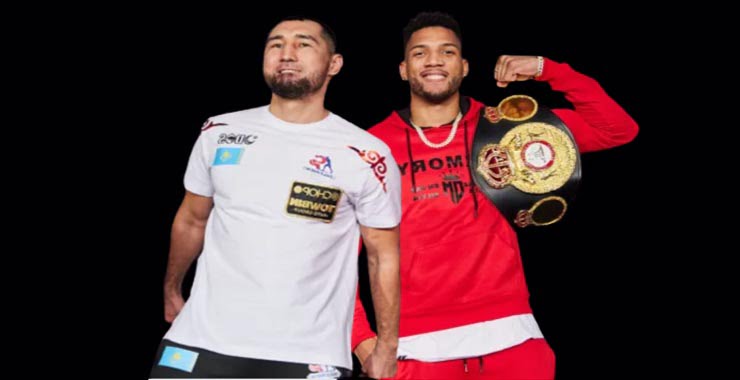 The WBA ‘regular’ super middleweight champion David Morrell will defend his title for the fourth time against the powerful Kazakh, Aidos Yerbossynuly in the main event on Saturday, November 5th, live on SHOWTIME Championship Boxing at the Armory in Minneapolis, Minnesota. Morrell is expected to have the toughest challenge of his career so far as he gears up to face Yerbossynuly in the headliner of the evening.

The Cuban southpaw, Morrell has an impressive amateur record of 130-2. After honing skills at that level, he finally decided to turn professional and moved to Minneapolis, Minnesota, USA. in a short span, Morrell made a name for himself in the boxing fraternity. The Southpaw is known for his lightning-hand speed and pinpoint accuracy. His resume includes wins over Kalvin Henderson, Alantez Fox, Mario Abel Cazares, and Mike Gavronski. But it will be very interesting to see how he tackles the undefeated Yerbossynuly who is notorious for his man-killing power.

Yerbossynuly has indicated that he will enter the fight with his typical venomous intentions of knocking his opponent off. His last win came in September last year where he battered Lennox Allen in the 10th round to win the fight by TKO. but one thing that can go against the Kazakh bulldozer is that he has been out of the ring for almost 14 months now. So, we can expect him to be a bit rusty. And with that said, it’s all to fight for as the winner of this fight is expected to share the ring with one of the hottest prospects in boxing, David Benavidez next.

Here is what you need to know about this mandatory title defence between Morrell and Yerbossynuly, including undercard, start time and how to stream the event.

How to watch David Morrell Vs Aidos Yerbossynuly Live online?

Morrell vs Yerbossynuly is a Showtime production which will be telecasted live across the U.S. You can also stream this Premier Boxing Champions event on the Showtime app or website. All you need to do is to avail of their subscription and you are good to go. Here David Morrell versus Aidos Yerbossynuly live broadcast of the fight On boxing.OolaTV.