Frustrations and Jargon, the Current State of War Eagle 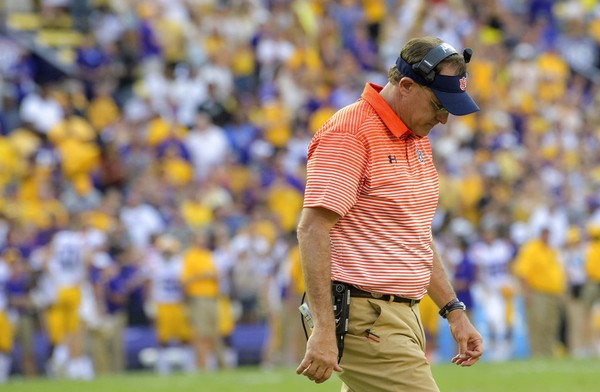 I felt a giddiness about Auburn’s chances to defeat LSU on the road this last weekend. So giddy in fact, I decided to grab a six pack of cold one’s I had waited most of the day to consume. It was also during that same time I realized this was going to be a win-win for me either way.

Once again though, an emptiness has consumed me, after suffering another inexplicable loss that could have been avoided. Don’t get me wrong, coaching is difficult. Believe me, I know, but that doesn’t stop me from asking hard questions.

Every offense in its passing game schemes has zone beaters, man beaters, zone pressure beaters and such. Schemes are designed to stretch defenses both vertically and horizontally. Trust me, we saw Auburn trying to stretch the field in a vertical manner. I beg a question though: where was the intermediate passing game, the underneath options and variety needed to be successful versus an SEC opponent?

Designs as simple as curl-flat and mesh concepts, from my eye, were non-existent. Those concepts are easy reads for quarterbacks to get comfortable and gain confidence. High percentage throws rather than the constant vertical shots down the field would be a welcomed sight.

Be that as it may, Auburn played an outstanding first half. Better execution in the red zone, while alleviating two pre-snap penalties, certainly would have helped the overall cause. A dropped interception didn’t help either. Simply, the fine line between winning and losing to be sure. Auburn could have put the game away in the first half by converting touchdowns rather than settling for field goals.

My biggest issue is the lack of adjustments at halftime. It appeared, by Gus Malzhan’s comments, that he thought Auburn would win the game despite any issues that it would encounter.

Not deviating from the same personnel groupings doesn’t help either. Let’s find some creativity rather than resorting to insanity.

I have to give LSU credit. They didn’t quit and made some big plays. The Bayou Tigers even got some efficient passing from Danny Etling, something I didn’t think he was capable. At ties, you have to tip your cap and swallow crow. I did and I’m moving on, reluctantly.

It doesn’t mean I have to like what I saw. Gus Malzahn, it’s time to get this right. Auburn Nation may be losing its patience.